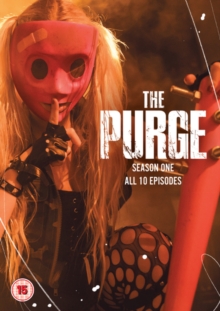 The Purge: Season One DVD

All ten episodes from the first season of the dystopian television drama based on the film franchise.

For a 12-hour period once a year, all crime, including murder, is legal, as the police and other emergency services stand down for the night, allowing the population to regulate itself. 'The Purge' is deemed a success due to plummeting crime levels and record low unemployment figures.

Meanwhile, amidst the chaos, several separate individuals attempt to survive Purge Night in their own way and discover harsh truths about themselves and those dearest to them.