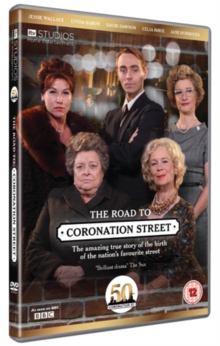 The Road to Coronation Street DVD

Feature-length TV drama about the creation of 'Cornation Street'.

In 1960, writer Tony Warren was struggling against his bosses to get his project, 'Florizel Street' (the soap's working title), made into a television show.

Warren wanted to create characters based on people he knew in the Salford area and bring them to the screen.

The film tells his story and highlights a time when the north of England was experiencing a rebirth of culture.