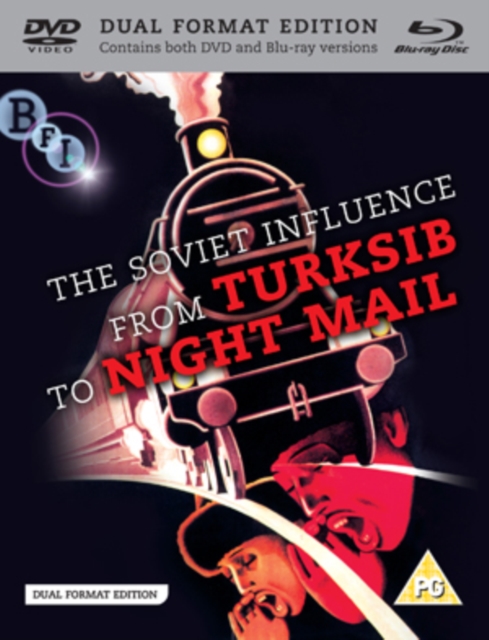 The Soviet Influence: From Turksib to Nightmail DVD

Documentary exploring the influence of a small number of 1920s and 1930s Russian films on the growth of British documentary-making.

Due to the national and political circumstances of the time, only a small number of Russian films were shown in Britain during the 1920s and 1930s.

The few that were, however, were extremely influential.

This film analyses the importance of early Russian films in shaping British documentaries by comparing and contrasting Viktor Turin's 1929 'Turksib' with subsequent British documentaries, including 'Night Mail' 1936, and the work of such filmmakers as John Grierson, Paul Rotha, Harry Watt and Basil Wright.