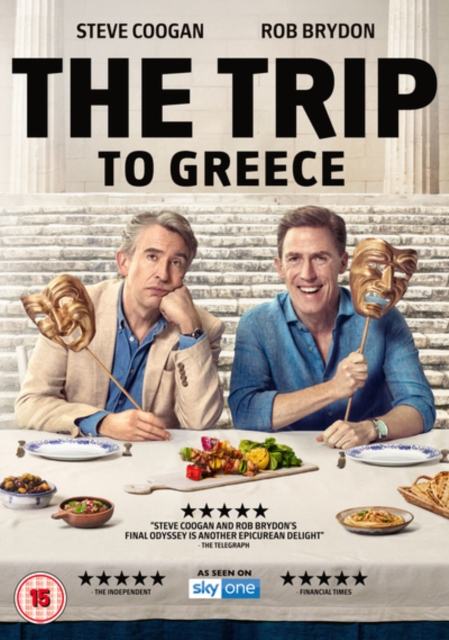 The Trip to Greece DVD

Following on from their tours of England, Italy and Spain, this time the pair are commissioned to retrace the voyage of Odysseus.

As they travel around the Greek islands, the duo dine at a series of fine restaurants and offer up some of their best impressions.

The episodes are: 'Troy to Kavala', 'Kavala to Pelion', 'Pelion to Athens', 'Athens to Hydra', 'Hydra to the Mani' and 'The Mani to Ithaca'.