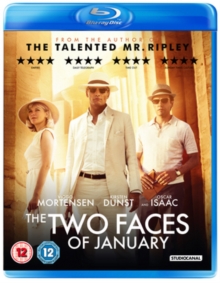 The Two Faces of January Blu-ray

In 1962 wealthy married couple Chester and Colette MacFarland (Mortensen and Dunst) are in the Acropolis of Athens, Greece, when they meet shady tour guide Rydal (Isaac).

Rydal is immediately taken with the beautiful Colette and doesn't hestitate when the couple invite him to dine with them.

Later in the evening, however, he begins to realise that Chester is hiding a dark secret and soon finds himself embroiled in murder.

Rydal helps the MacFarlands evade the authorities but his feelings for Colette cause tension between him and Chester, making the already precarious situation even more dangerous. 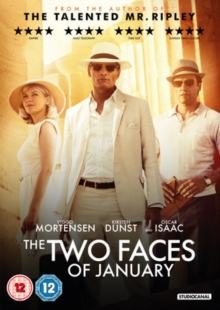 The Two Faces of January