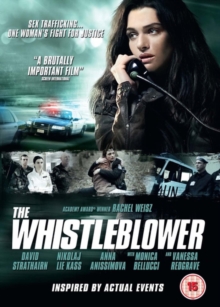 Drama starring Rachel Weisz as a UN peacekeeper who stumbles upon an unsettling conspiracy while on assignment in Bosnia.

Kathryn Bolkovac (Weisz) is a Nebraska police officer who decides to take up the offer of a post in Bosnia to put some distance between herself and her failed marriage.

Her instincts for justice initially serve her well. One of her ranking officers, Madeleine Rees (Vanessa Redgrave), is impressed by her work and promotes her to the Gender Affairs department.

It is there, however, that Kathryn stumbles upon a sex-trafficking operation and her love for justice threatens to get her into trouble.

Several powerful organisations, including a US military contractor, seem suspiciously content to turn a blind eye to events.

Kathryn finds herself battling against disinterested bureaucrats, exemplified by Laura Leviani (Monica Bellucci), and dangerous forces as she desperately tries to make the truth known.