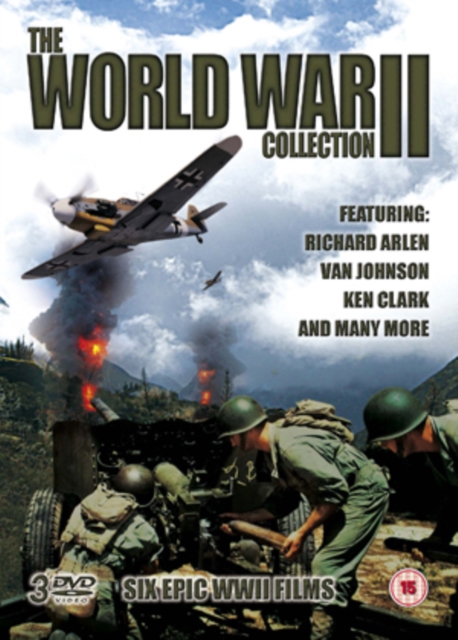 Collection of six war films. In 'Desert Commandos' (1967) a renegade band of five German commandos sets out across the African desert in an ambitious plot to assassinate the 'Big Three' Allied leaders - Churchill, Roosevelt and Stalin - as they prepare to meet at the Casablanca Conference at the height of the Second World War.

To avoid being identified, he assumes the alias 'Jim Smith' and is assigned to duty aboard a minesweeper charged with keeping the waterways clear.

Throughout the numerous dangerous missions that follow, he lives with the added constant fear that his true identity will be discovered.

In 'Go for Broke!' (1951) Van Johnson stars as Lieutenant Michael Grayson, a tall blond Texan with a negative attitude about working with what he calls 'Japs': the unique 442nd Regimental Combat Team made up entirely of Japanese-American volunteers that he has been assigned to lead.

However, Grayson's misgivings and prejudices gradually evaporate as he sees his soldiers' heroic dedication to service in spite of America being at war with Japan.

In 'Ski Troop Attack' (1960) a small band of Allied soldiers becomes stranded behind enemy lines in a freezing German forest while trying to carry out its mission of blowing up a strategically important train bridge spanning two mountains.

Travelling on skis, the men must now do all they can to avoid detection while trying to gather intelligence about the German advance.

In 'Manila, Open City' (1968), as Allied Forces are nearing the defeat of the Japanese Army in Manila, the Japanese Empire's soldiers begin attacking innocent civilians.

A brutal month-long battle ensues. 'Three Came Home' (1950) is based on a true story about the imprisonment of Agnes Newton Keith (Claudette Colbert) in several Japanese prisoner-of-war camps from 1941 to the end of World War Two.

Agnes and her young son face many difficulties after being separated from her husband. 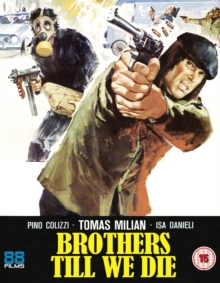 Brothers Till We Die 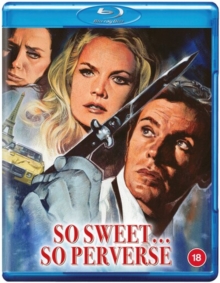 So Sweet... So Perverse 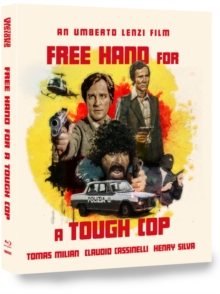 Free Hand for a Tough Cop