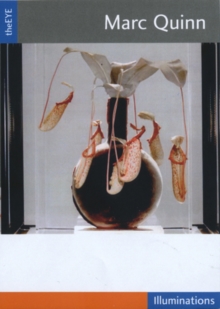 This volume looks at the work of the sculptor Marc Quinn, who is best known for his casts taken from parts of his own body, the most famous being 1991's 'Self', which was filled with nine pints of his own blood.

Quinn discusses his work and the themes of mortality, nature and science, and impending death which preoccupy him.