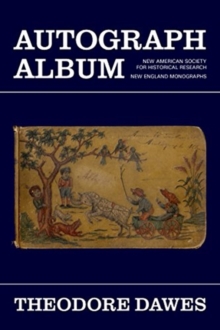 What appears to be a work of social history is actually darkly humorous fiction. The conceit is that the author has researched the life story of everyone who signed the autograph album of his great-grandmother, Annie McFarlane.

The supposed biographies are presented beneath facsimiles of the album pages. In fact, all the biographies are complete fiction, and Annie McFarlane isn't even the author's great-grandmother. (She's a long-dead stranger whose autograph album he found on eBay.) What ultimately emerges from this work is not a portrait of Annie McFarlane and her social circle, but a portrait of the author's unhinged fictional alter ego. (Just as the true subject of Nabokov's Pale Fire is the commentator Charles Kinbote, not the poet John Shade.) This brilliantly inventive work, with an unreliable narrator cast in the role of amateur scholar, will appeal to fans of Borges and Bernhard alike. Autograph Album is an audacious book-length debut for Dawes, whose story "Circumstances" was prominently featured in Post Road 31. 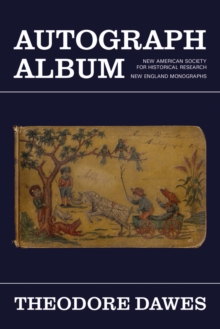