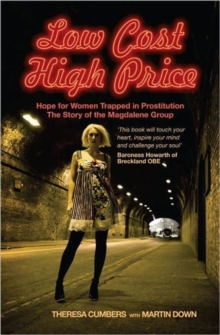 by THERESA CUMBERS, Martin Down

Authentic author and former Norwich magistrate has written a book about her work for a city Christian charity which tackles issues surrounding street prostitution.

Low Cost - High Price, is the story of Theresa Cumbers and the Magdalene Project in Norwich, set up to help those trapped as sex workers.

Theresa and her fellow-workers have spent hours walking the streets, befriending those they have found there, loving them, caring for them, and offering them a way out to a new life, should they choose to take it.

This book tracks those hours, and tells the stories of those who got out, and those who did not.

As Theresa herself writes: 'I will never forget the night we went looking in the red light district of Norwich, searching for one of the women who we feared was missing.

We found her rolling on the ground, in a very dark part of the area.

We managed to get her to sit on a wall and she told us she had just sold herself for four cans of lager, and had already taken a cocktail of drugs and alcohol.' But that is not the end of the story. 'Some days later we heard she had been admitted to hospital... this was to be the turning point in her life... She pulled through and, with determination, she now has a secure job in a high class restaurant.' 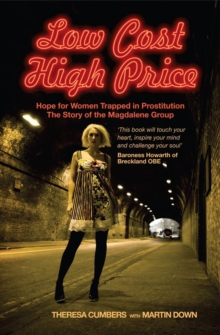