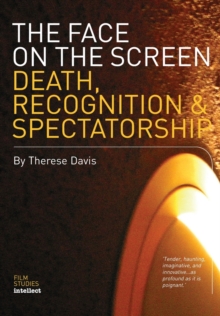 The Face on the Screen : Death, Recognition & Spectatorship Paperback / softback

There was a time in screen culture when the facial close-up was a spectacular and mysterious image...

The constant bombardment of the super-enlarged, computer-enhanced faces of advertising, the endless 'talking heads' of television and the ever-changing array of film stars' faces have reduced the face to a banal image, while the dream of early film theorists that the 'giant severed heads' of the screen could reveal 'the soul of man' to the masses is long since dead. And yet the end of this dream opens up the possibility for a different view of the face on the screen.

The aim of the book is to seize this opportunity to rethink the facial close-up in terms other than subjectivity and identity by shifting the focus to questions of death and recognition.

In doing so, the book proposes a dialectical reversal or about-face.

It suggests that we focus our attention on the places in contemporary media where the face becomes unrecognisable, for it is here that the facial close-up expresses the powers of death.

Using Walter Benjamin's theory of the dialectical image as a critical tool, the book provides detailed studies of a wide range of media spectacles of faces becoming unrecognisable.

It shows how the mode of recognition enabled by these faces is a shock experience that can open our eyes to the underside of the mask of self - the unrecognisable mortal face of self we spend our lives trying not to see.

Turning on itself, so to speak, the face exposes the fragile relationship between social recognition and facial recognizability in the images-cultures of contemporary media.