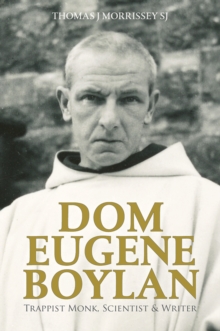 Dom Eugene Boylan, O.C.R., was an Irish-born Trappist monk and writer who was born in 1904 and died in 1964. Ordained a priest in 1937, he began writing on spiritual topics, and in the 1940s he published two books, This Tremendous Lover and Difficulties in Mental Prayer, which became international bestsellers and were translated into many languages.

In the late 1950s he undertook an extensive lecture tour of the United States ("This is the best retreat we ever had at Gethsemani," commented Thomas Merton after Boylan's visit there), and in 1962 he was elected the fourth abbot of Mount St.