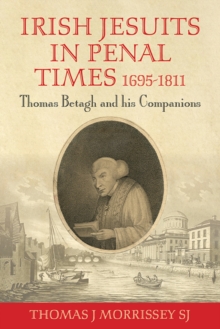 This account of the Irish Jesuits from 1695 to 1811 is concerned with those who lived and worked in Dublin and, in particular, with a central figure, the quite remarkable educationalist and pastor, Thomas Betagh.

As we shall see, two other Jesuits also played a large part in the life of Betagh: John Austin, who was his teacher and subsequently a colleague, and James Philip Mulcaile, who was a friend, colleague and near contemporary.

The life and work of Betagh can only be understood in the context of his time: not only the history of Ireland in the eighteenth century, but also the political, cultural and religious developments in western Europe.