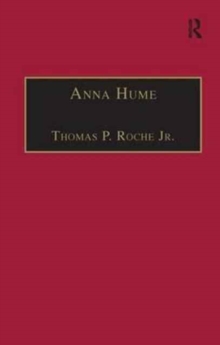 Little is known of Anna Hume except as the translator of the first three of Petrach's Trionfi and also as the daughter of David Hume of Godscroft whose History of the Houses of Douglas and Angus she edited in one of its troubled versions. This volume reprints her translation of Petrarch's The Triumphs of Love - a series of six poems celebrating Petrarch's purported devotion to Laura.

Alessandro Vellutello...and the translation of lines 102-172 of The Triumph of Death by Barbarina Ogle Brand, Lady Dacre.