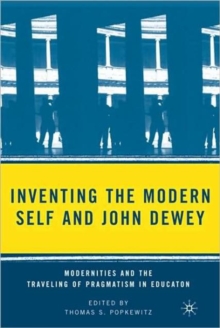 Inventing the Modern Self and John Dewey : Modernities and the Traveling of Pragmatism in Education Paperback / softback

This collection includes original studies from scholars from thirteen nations, who explore the epistemic features figured in John Dewey's writings in his discourses on public schooling.

Pragmatism was one of the weapons used in the struggles about the development of the child who becomes the future citizen.

The significance of Dewey in the book is not about Dewey as the messenger of pragmatism, but in locating different cultural, political and educational terrains in which debates about modernity, the modern self and the making of the citizen occurred.