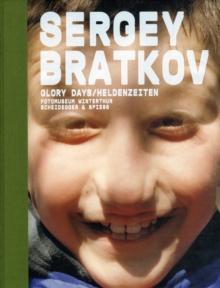 He has since enjoyed international recognition from solo and group exhibitions in Europe and the United States.

Bratkov also participated in international art fairs, the Sao Paulo Biennale 2002, the Moscow Photobiennale, and with a solo exhibition in the Russian pavillion at the 50th Venice Biennale 2003.

His pictures are a direct and at times unsparing portrayal of everyday life since the collapse of the Soviet Union.

Bratkov's photographs have rarely been published. This first comprehensive monograph shows work of the past two decades.

The pictures are complemented by essays on the artist and his environment in Russia and Ukraine.