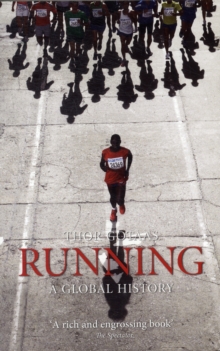 It is probably not surprising to learn that the modern craze for running is not new: our species has been running since we were able to stand upright.

What may be surprising, however, are the many ways and reasons we have performed this painful, exhausting and yet exhilarating activity down the ages.

In this original, humorous and almost improbable world history, Thor Gotaas brings us many unusual and curious stories showing the remarkable diversity of running, from earliest times to the immense popularity of running today at athletics meetings, world championships and Olympic games. Amongst the myriad characters the author describes are King Shulgi of Mesopotamia, who four millennia ago boasted about his ability to maintain high speeds while running long distances, and once claimed to have run from Nippur to Ur, a distance of not less than 160 kilometres, and Norwegian Vikings who exercised by running races against animals.

There are also the little-known naked runs, backward runs, monk runs, snowshoe runs, the Incas' ingenious infrastructure of professional runners and the running culture of Native Americans. This unique book will be a revelation to everyone who reads it. It will appeal to all who wish to know more about why the ancients shared our love, and hatred, of this physically demanding yet spiritually rewarding pastime. 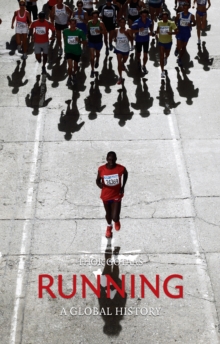