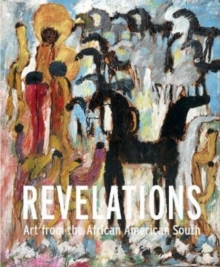 Historically patronised or promoted with such reductive terms as "folk," "naive," and "outsider," the works of many African-American artists born during the Jim Crow era of institutionalised racism - most of whom are self taught-have,until recently, been relegated to the margins of American culture.

These artists are now gaining the recognition they rightfully deserve, having addressed some of the most profound and persistent issues in American society including race, class, gender and spirituality. Originally created as expressions of individual identity and communal solidarity, they eloquent objects are also powerful testaments to the continuity and survival of the African-American culture.

Featuring more than sixty artworks and a series of insightful essays, this volume captures the impact of the historical legacy or the African Diaspora and the ways it has expanded and enriched the history of American art.