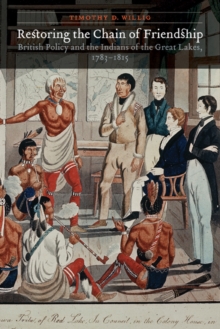 Restoring the Chain of Friendship : British Policy and the Indians of the Great Lakes, 1783-1815 Hardback

During the American Revolution the British enjoyed a unified alliance with their Native allies in the Great Lakes region of North America.

By the War of 1812, however, that "chain of friendship" had devolved into smaller, more local alliances.

To understand how and why this pivotal shift occurred, Restoring the Chain of Friendship examines British and Native relations in the Great Lakes region between the end of the American Revolution and the end of the War of 1812.

Timothy D. Willig traces the developments in British-Native interaction and diplomacy in three regions: those served by the agencies of Fort St.

Joseph, Fort Amherstburg, and Fort George. During the late eighteenth and early nineteenth centuries, the Native peoples in each area developed unique relationships with the British.

Relations in these regions were affected by such factors as the local success of the fur trade, Native relations with the United States, geography, the influence of British-Indian agents, intertribal relations, Native acculturation or cultural revitalization, and constitutional issues of Native sovereignty and legal statuses.

Assessing the wide variety of factors that influenced relations in each of these areas, Willig determines that it was nearly impossible for Britain to establish a single Indian policy for its North American borderlands, and it was thus forced to adapt to conditions and circumstances particular to each region. 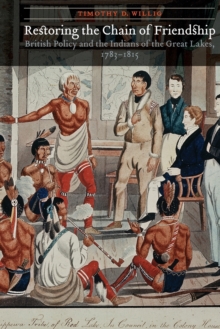 Restoring the Chain of Friendship