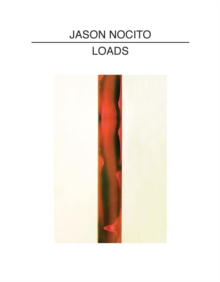 Aperture is pleased to present five of the most promising photographers featured on tinyvices.com, the popular online gallery founded by independent curator and photographer Tim Barber.

Presented in five separate volumes, and limited to one thousand copies per edition, the series reflects the loose spirit of the website, and offers a range of styles and approaches to photography-Kenneth Cappello's casual snapshots of the skate scene of his youth, Allan Macintyre's rigorous investigations of geological activity, Jason Nocito's playful groupings of disparate images, Robin Schwartz's disquieting portraits of her daughter, Jaimie Warren's theatrical self-portraits.

Each book will be introduced by a prominent artist, writer, or curator.

Since its inception in 2005, tinyvices has become an influential platform for emerging and underexposed talent, featuring the work of hundreds of photographers and artists, including Ryan McGinley and Dash Snow.

Its corresponding exhibition opened in New York in 2006, and has since toured worldwide, from Proyectos Monclova in Mexico City to Colette in Paris.