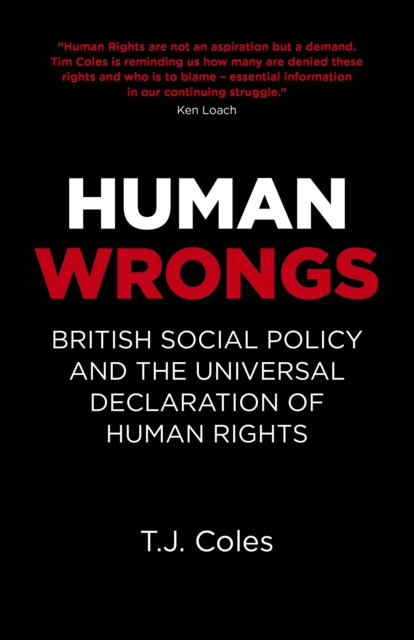 A devastating analysis of modern Britain. Britain is a forward-thinking, human-rights protecting beacon of democracy, right?

Think again! Written in time for the 70th anniversary of the Universal Declaration of Human Rights, this book is a documented expose of Britain's domestic human rights abuses under successive governments from the year 2000 to the present.

It covers the deaths of the 20,000 pensioners a year who can't afford heating, the 40,000 people who succumb to air pollution each year, the limits on freedom of speech (including libel law), mass surveillance of Britons by the deep state, and much, much more.

By comparing Britain to other rich countries on issues as diverse as infant mortality, child wellbeing, ethnic rights, and union membership, Human Wrongs reveals just how anti-human the British system really is for people of a certain class, gender, disability and/or ethnicity.