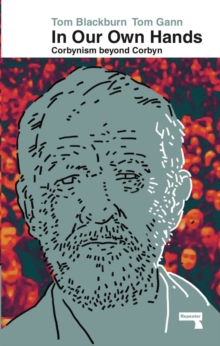 In Our Own Hands : Corbynism Beyond Corbyn Paperback / softback

With a socialist Labour government a real near-term possibility, In Our Own Hands both analyses how the British left came to stand on the cusp of power and assesses the challenges ahead.

After decades in which socialism was confined to the outer margins of British public life, Jeremy Corbyn's leadership of the Labour Party has returned socialist ideas to the heart of political debate.

Corbynism's shock emergence, from a place of tremendous political weakness, is key to understanding its potential as well as the immense challenges it faces.

Following forty years of accommodation to neoliberalism, the Labourism of yesteryear - ultimately, a politics of dignified subordination to the prerogatives of capitalism - is dead.

The question Corbynism needs to address now is what replaces it.

It may not have much time in which to provide an answer.

The promise of Corbynism, as analysed in the book, involves the development and sharpening of popular needs, capacities and demands throughout society - including the taking and use of state power, as well as the building of counter-power from below.