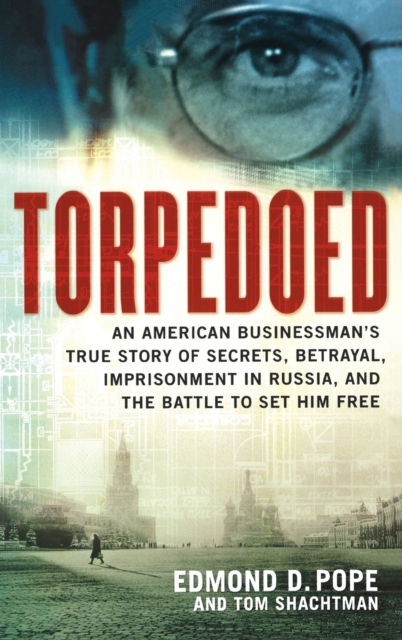 Torpedoed : An American Businessman's True Story of Secrets, Betrayal, Imprisonment in Russia, and the Battle to Hardback

He was a man of mystery: Edmond D. Pope -- former Naval Intelligence officer, then private businessman, in Russia looking for some answers. It was a top secret operation: The CIA and the Canadian secret service -- out to steal one of Russia's crown jewels: the plans to a submarine torpedo that travels an astonishing 300 miles per hour. He was the new man in charge: Vladimir Putin -- former head of the KGB, now boss of all Russia and a man who wanted to set an example at almost any cost. Now, for the first time ever, Ed Pope tells the real story of what led to his becoming the first American since Gary Powers to be convicted of espionage in Russia.

Combining a gripping account of his arrest, trial and 253-day imprisonment with a deeply disturbing look at today's Russia, Pope's harrowing story reads like a Le Carre novel come to life. And with a large dollop of espionage-insider information and secret submarine warfare technology, Ed Pope's harrowing memoir will remind readers of the best of Tom Clancy.