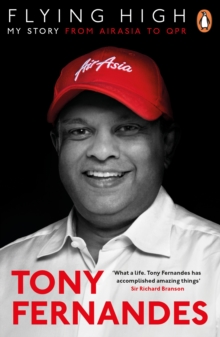 Flying High : My Story: From AirAsia to QPR Paperback / softback

'What a life. Tony Fernandes has accomplished amazing things - and who's to say what he can go on to achieve?' Sir Richard BransonThe inspiring story of business hero and Apprentice Asia star Tony FernandesAs a boy, Tony Fernandes wanted to be a pilot, a footballer or a racing driver.

By 2011 he'd gone one better: founding his own airline and his own formula one team, and becoming Chairman of Queens Park Rangers, helping them reach the Premier League again after a 15-year absence from the top flight.

Flying High is the memoir of an exceptional business leader; the man who created Asia's first budget airline, democratizing air travel in Asia and building AirAsia into a multi-billion-dollar company in the process.

Published as Tony returns as the face of the second series of Apprentice Asia, this inspiring personal story will be a major global publishing event. Tony Fernandes studied at Epsom College, UK, and the London School of Accountancy.

He worked for Virgin Communications and Warner Music before acquiring AirAsia and relaunching it as Asia's first low-cost carrier in 2001/2.

He is currently Group CEO of AirAsia, Chairman of QPR football club and owner of the Caterham F1 team. Tony has been awarded a CBE, titled twice by the King of Malaysia and awarded the Legion d'Honneur by the French government. 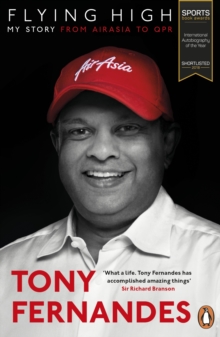