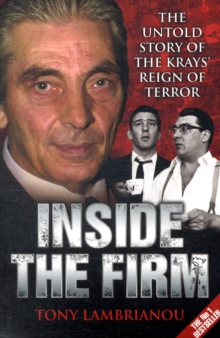 Inside the Firm : The Untold Story of the Kray's Reign of Terror Paperback / softback

Throughout the 1960s, Tony Lambrianou was a trusted member of the Kray Gang.

He had a unique insight into the workings of a criminal organisation whose reputation in the underworld remains to this day.

But he was not just an observer and his role in the Kray story ultimately led to him serving 15 years in prison. Inside the Firm tells, with searing honesty, his violent history with the Krays - and the horrors of his subsequent imprisonment in top security institutions.

In exorcising his ghosts, he reveals an account that is more impartial and more terrifying than Ronnie and Reggie ever could have written. From the murder of Jack 'The Hat' McVitie - and the mystery of his undiscovered body - to the role of the Kray legacy in Britain's prisons today, Inside the Firm is the last confession of a gangster determined to turn his back on his brutal past. 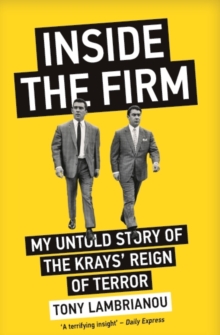 Inside the Firm - The Untold Story of... 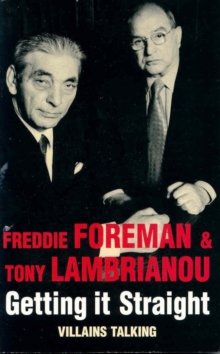