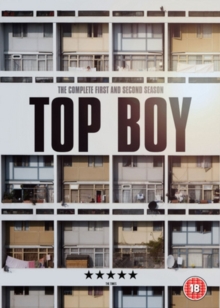 All episodes from the first and second series of the gritty British crime drama following a gang of drug dealers in Hackney, London.

In the first series, after receiving a loan from Bobby Raikes (Geoff Bell), Dushane (Ashley Walters) and Sully (Kane Robinson)'s drugs business thrives, enabling them to lead a rich lifestyle.

Their situation takes a dark turn, however, when their rival, Kamale (Scorcher), steals their stash and violence breaks out amongst the gangs.

Meanwhile, 13-year-old Ra'Nell (Malcolm Kamulete) becomes inadvertently involved in the drugs circle after his mother is taken into hospital.

In the second series, Dushane has worked his way to the top but finds he has an enemy in his one-time associate Sully who now has a new ruthless crime partner.

When their common nemesis Kamale is found dead both Dushane and Sully fall under suspicion.

Meanwhile, 15-year-old Ra'Nell is lying low with the district youth squad trials fast approaching but his friend Gem (Giacomo Mancini) is unable to do the same.