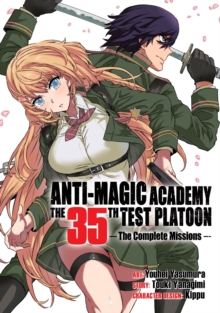 Following a team of elite soldiers being trained to combat the growing threat of magic-wielding witches, Anti-Magic Academy: The 35th Test Platoon is an action-packed story that has inspired multiple books and animated adaptations.

Our world is quickly being overrun by witches, and conventional methods of swords and shields is no longer having an effect on their ever-increasing magical skills.

The Anti-Magic Academy decides it's time for a more modern approach, and now a new elite team is being trained to wield powerful guns against the growing supernatural threat.