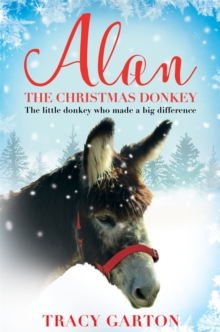 Alan The Christmas Donkey : The little donkey who made a big difference Paperback / softback

The true story of a loveable rescue donkey who becomes a hero, perfect for animal lovers everywhere. Tracy Garton had run the Radcliffe Donkey Sanctuary for twenty years, creating a safe haven for more than sixty sick, unwanted and mistreated donkeys.

But after a devastatingly difficult winter, with sky high bills, she didn't know if she could afford to carry on - or if she had the physical strength to keep going.

Then, in the first week of January, the phone rang. A donkey had been abandoned 130 miles away. Rushing to his rescue Tracy found Alan - forlorn, balding and shivering - tethered up tightly in a supermarket car park.

Barely able to walk on his painfully overgrown hooves, he had been left to die.

Tracy ran her hands gently over Alan's protruding ribs, and whispered in his ear: 'Don't worry boy, I won't give up on you.' Over the next twelve months, as Tracy grappled with attacks from vandals and perilous flash floods and desperately tried to raise money, Alan gradually recovered - turning into a loveable rogue.

As Christmas rolled around, Tracy was too worried about the future to enjoy the festive season. She had no idea that the shy skinny animal she'd rescued was going to give her the greatest gift of all . . . Alan The Christmas Donkey is a funny, warm and inspiring read. 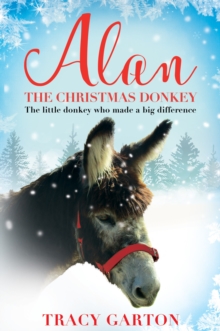