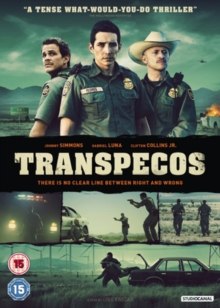 When a routine late-night traffic stop turns into a firefight, the officers are left with a dead driver and a car full of cocaine on their hands.

Refusing to report the find to his superiors, Davis turns on his fellow officers as it emerges he had been instructed to let the car through by a deadly Mexican cartel boss.

With his family now in grave danger, Davis must do all he can to convince his colleagues to help him deliver the drugs to the drop point before the cartel find out what has happened.