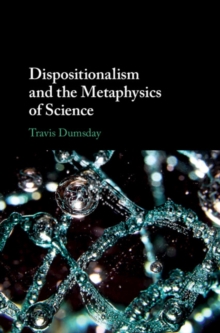 Dispositionalism and the Metaphysics of Science Hardback

Dispositionalism is the view that causal powers are among the irreducible properties of nature.

It has long been among the core competing positions in the metaphysics of laws, but its potential implications for other key debates within metaphysics and the philosophy of science have remained under-explored.

He also puts forward a novel view concerning the precise relationship between causal powers and the fundamental laws of nature.

His rich and accessible study will appeal to readers interested in contemporary analytic metaphysics and philosophy of science.