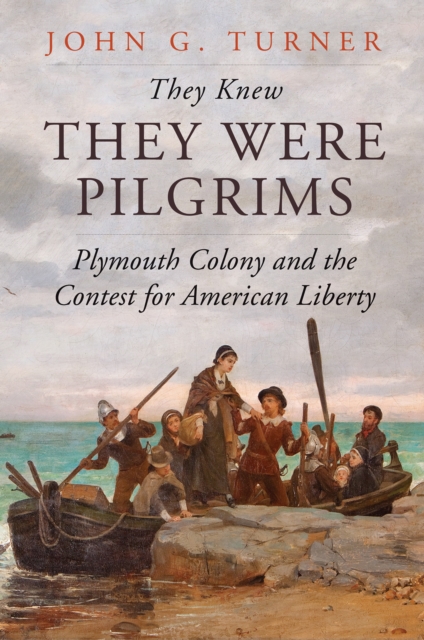 They Knew They Were Pilgrims : Plymouth Colony and the Contest for American Liberty EPUB

Published for the 400th anniversary of the Mayflower's landing, this ambitious new history of the Pilgrims and Plymouth Colony "will become the new standard work on the Plymouth Colony.” (Thomas Kidd)


“A deeply-researched must-read for anyone interested in the Pilgrims and in the history of seventeenth-century Plymouth Colony.”—Michael P. Winship, author of Hot Protestants
In 1620, separatists from the Church of England set sail across the Atlantic aboard the Mayflower. Understanding themselves as spiritual pilgrims, they left to preserve their liberty to worship God in accordance with their understanding of the Bible.

There exists, however, an alternative, more dispiriting version of their story. In it, the Pilgrims are religious zealots who persecuted dissenters and decimated Native peoples through warfare and by stealing their land. The Pilgrims’ definition of liberty was, in practice, very narrow.

Drawing on original research using underutilized sources, John G. Turner moves beyond these familiar narratives in his sweeping and authoritative new history of Plymouth Colony. Instead of depicting the Pilgrims as otherworldly saints or extraordinary sinners, he tells how a variety of English settlers and Native peoples engaged in a contest for the meaning of American liberty.