This is the first in-depth study to examine issues of identity and difference within feminism by drawing on Walker's notion of an essential black feminist consciousness. Allan defines womanism as a "(r)evolutionary aesthetic that seeks to fully realize the feminist goal of resistance to patriarchal domination," demonstrated most powerfully in The Color Purple.

She also recognizes the complexities and ambiguities embedded in the concept, particularly the notion of a fixed and unitary black feminist identity, separate and distinct from its white counterpart.

Woolf's Mrs. Dalloway and Drabble's The Middle Ground, she argues, do not allay Walker's concerns about white liberal feminist practice, but they reveal signs of struggle that complicate the womanist/feminist dichotomy.

Emecheta's The Joys of Motherhood, an ostensibly womanist text, fails to fit the race-restrictive womanist paradigm, and Walker's own aesthetic trajectory-before The Color Purple-places her outside womanist boundaries.

Finally, Allan's intertextual reading reveals significant commonalities and differences. In the current debate among competing feminisms, this critical appraisal of womanist theory underscores the need for new thinking about essentialism, identity, and difference, and also for creative cooperation in the struggle against domination. 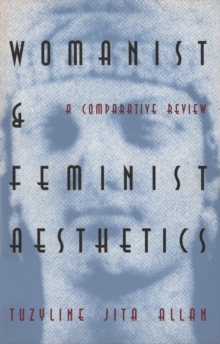 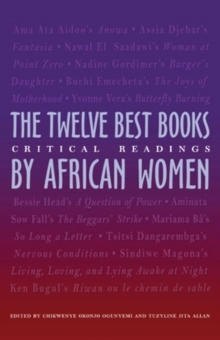