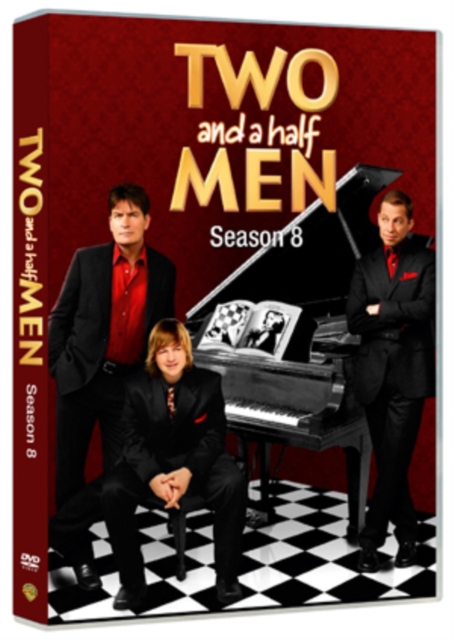 Two and a Half Men: Season 8 DVD

All episodes from the eighth season of the American sitcom.

Charlie (Charlie Sheen) is a well-to-do bachelor with a house on the beach but his casual Malibu lifestyle is interrupted when his tightly wound brother, Alan (Jon Cryer), and nephew, Jake (Angus T.

Jones), come to stay with him. In this series, Alan continues his relationship with Lyndsey (Courtney Thorne-Smith) and tries out a new business venture, while Charlie realises his true feelings for Rose (Melanie Lynskey).

Episodes comprise: 'Three Girls and a Guy Named Bud', 'A Bottle of Wine and a Jackhammer', 'A Pudding-Filled Cactus', 'Hookers, Hookers, Hookers', 'The Immortal Mr. Billy Joel', 'Twanging Your Magic Cleaner', 'The Crazy Bitch Gazette', 'Springtime On a Stick', 'A Good Time in Central Africa', 'Ow, Ow, Don't Stop', 'Dead from the Waist Down', 'Chocolate Diddlers or My Puppy's Dead', 'Skunk, Dog, Crap and Ketchup', 'Lookin' for Japanese Subs', 'Three Hookers and a Philly Cheesesteak' and 'That Darn Priest'.