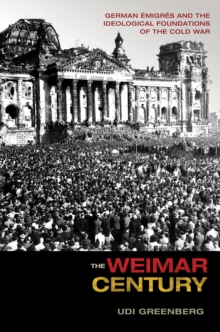 The Weimar Century : German Emigres and the Ideological Foundations of the Cold War Hardback

The Weimar Century reveals the origins of two dramatic events: Germany's post-World War II transformation from a racist dictatorship to a liberal democracy, and the ideological genesis of the Cold War.

He traces the paths of five crucial German emigres who participated in Weimar's intense political debates, spent the Nazi era in the United States, and then rebuilt Europe after a devastating war.

In restructuring German thought and politics, these emigres also shaped the currents of the early Cold War. Having borne witness to Weimar's political clashes and violent upheavals, they called on democratic regimes to permanently mobilize their citizens and resources in global struggle against their Communist enemies.

In the process, they gained entry to the highest levels of American power, serving as top-level advisors to American occupation authorities in Germany and Korea, consultants for the State Department in Latin America, and leaders in universities and philanthropic foundations across Europe and the United States.

Their ideas became integral to American global hegemony. From interwar Germany to the dawn of the American century, The Weimar Century sheds light on the crucial ideas, individuals, and politics that made the trans-Atlantic postwar order. 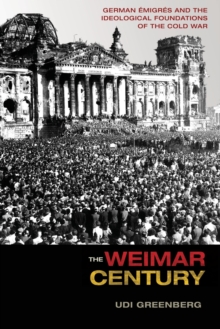 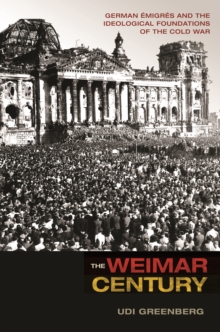