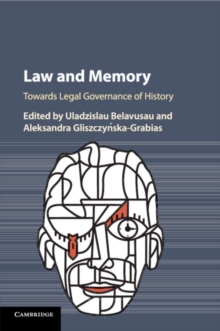 Law and Memory : Towards Legal Governance of History Paperback / softback

Legal governance of memory has played a central role in establishing hegemony of monumental history, and has forged national identities and integration processes in Europe and beyond.

In this book, a range of contributors explore both the nature and role of legal engagement into historical memory in selected national law, European and international law.

They also reflect on potential conflicts between legal governance, political pluralism, and fundamental rights, such as freedom of expression.

In recent years, there have been numerous monumental commemoration practices and judicial trials about correlated events all over the world, and this is a prime opportunity to undertake an important global comparative scrutiny of memory laws.

Against the background of mass re-writing of history in different parts of the world, this book revisits a fascinating subject of memory laws from the standpoint of comparative law and transitional justice.