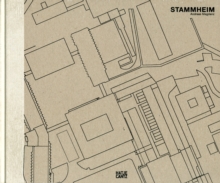 In the seventies, the imprisonment of the leaders of the Red Army Faction (RAF), a group of left-wing militants, made Stuttgart Stammheim prison a household name even beyond Germany.

A high-security multipurpose building was erected there in 1975 specifically for the trial of the RAF members.

The state prison is scheduled to be demolished, thus destroying the site that is inseparably bound to the events of 1977, when the RAF carried out a series of kidnappings and murders and leading figures of the group committed suicide in their prison cells.

This was the starting point for the photographic art project Stuttgart Stammheim by Andreas Magdanz.

The artist uses large-format digital photography to create a comprehensive documentation of this historically charged site filled with RAF mythology.

His decidedly matter-of-fact images paint a nuanced and realistic portrait of the facility and its condition in 2010/11.