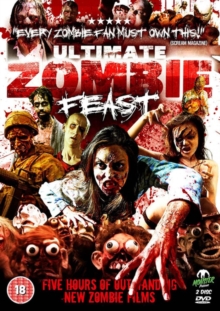 Collection of 15 zombie shorts and the feature-length 'The Book of Zombie'.

Directors of the shorts include William Bridges, Rafael Martinez and David M.

Reynolds. 'The Book of Zombie' (2010) is directed by Paul Cranefield, Scott Kragelund and Erik Van Sant and depicts the chaos that follows a zombie outbreak among Mormons in a small Utah town.