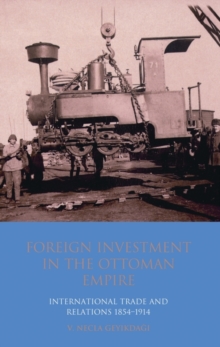 As the borders of the Ottoman Empire crumbled throughout the latter half of the nineteenth century, unprecedented amounts of foreign capital poured in from investors who were eager to capitalize on the country's sparsely regulated industries.

Economist Necla Geyikdagi sheds light on the motives, means and policies which shaped foreign direct investment (FDI) in the Ottoman Empire throughout the late-nineteenth century.

The book weighs political motivation against economic incentive in examining the trade policies of the major capital exporting countries.

Drawing from key speeches on foreign trade policy, personal journals and popular publications, Geyikdagi provides unique insight into the network of foreign investors and politicians that lay behind the channels of direct investment within the ailing Empire.