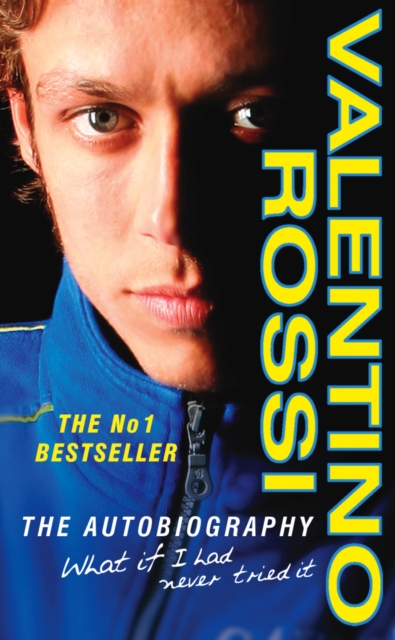 What If I Had Never Tried It Paperback / softback

His legions of fans adore him (over 4,000 turned up to see him in Leicester Square last March).

He is arguably the greatest racer ever - and certainly the most entertaining - his post race antics and cheeky personality have won him as many fans as his on-track prowess.

He is the kind of star who only comes along once in a while - a Muhammad Ali or Pele - hugely talented, massively driven, yet also scorching charismatic, unnervingly rebellious and totally endearing - a twentieth-century version of the hell-raisers of old. All who know Rossi say he is a consummate professional, that he works harder than anyone could ever realise, but that most of all, he still loves what he does.

He just seems to win more because he's still enjoying himself so much.He is infamous for his on the edge riding, pushing himself and his bike to the very limits of what they can do, and screaming around racecourses in record times.

But he is also well known for his good looks, his techni-coloured hair and cheeky humour - and for his sheer youthful exuberance in victory - his post-match victory laps have become a thing of legend.

Previously he has driven victory laps in full beach gear, including flip-flops, with a man sized chicken riding pillion (and also, in a jibe to Max Biaggi who had an unceremonious break-up with the model Naomi Campbell, with a life size doll of Claudia Schiffer strapped on behind him.)His warmth of character coupled with his amazing career statistics to date - his first GP win aged 17, his first world title at 18, his first 500 class win at 21 and his first MotoGP win at 22 - mean that this young man has the motorcycle racing world at his feet.

His raw talent coupled with his firm belief in the 'entertainment' aspect of his sport and the importance of his fans, means that he really is the David Beckham of bikes - he has done the near impossible and transcended his own territory.

His appeal - being at the top of his game without being a purist, still being seen to be young and excited by the game, and being a perfectionist on and off the track when it comes to his driving - means that he really is one of the superstars of the sporting world.