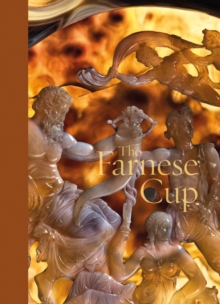 The Farnese Cup: the largest cameo hardstone cup to have survived from the ancient world.

A treasured piece that travelled over centuries. A meticulously prepared publication illustrating the Farnese Cup in varying perspectives. A tour de force of a carver's skill and craftsmanship, the Farnese Cup is the largest cameo hardstone cup to have survived from the ancient world.

Thought to be made in Hellenist Egypt sometime between 300 BC and 30 BC, the Cup was not an archaeological find but rather a treasured piece that travelled over centuries through many hands from Alexandria to Rome to Constantinople and back to Rome before joining the Farnese Collection now housed at the National Archeological Museum of Naples.

The Cup, carved out of sardonyx agate, remains the subject of scholarly debate: what do the enigmatic figures in the inner scene mean? And the terrifying face of the Gorgon on the outside?

Why was it made? And in what context? Whatever its inherent meaning, the piece itself is commanding, requiring a close-up view of each hand-carved detail, the balance and impact of the whole, and the subtle variations in the material itself.

This book provides that close-up in a series of photographs and varying perspectives that pull back from the delicate infinitesimal cut to the magnificent, perfect whole.

There is no better way - in fact no possible way - for the general reader or connoisseur to fully appreciate the Farnese Cup than through the pages of this meticulously prepared publication.