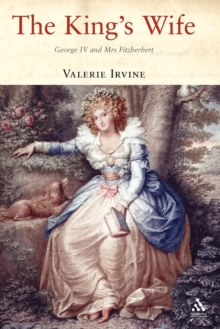 One of the most extraordinary episodes in British royal history took place on 15 December 1785 when George, Prince of Wales (later Prince Regent and George IV) secretly married the beautiful, twice-widowed and Roman Catholic Maria Fitzherbert.

This marriage was in breach of the Royal Marriages Act of 1772 but was almost certainly valid in the eyes of the Catholic Church, and possibly of all Christian churches.

If it had been discovered, George might well have forfeited his claim to the throne.

As it was, George and Maria remained together for over twenty-five years, staying deeply attached, despite George's disastrous (and probably bigamous) marriage to Princess Caroline of Brunswick The King's Wife is a highly readable account of a love match that, in part, pre-echoes the later relationship of Prince Charles and Camilla.

In the eyes of George IV's own family, Maria was his real wife.