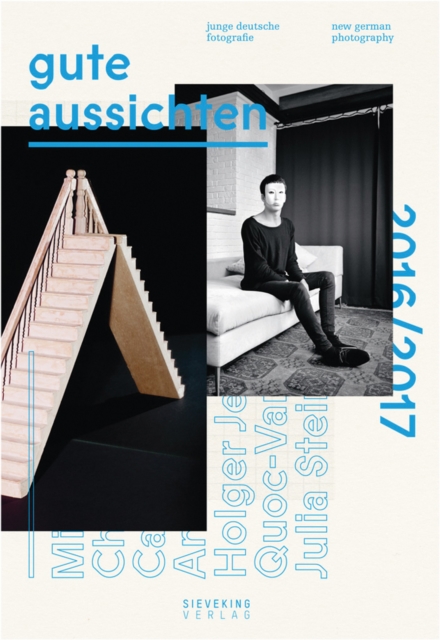 Since 2004-05, the producers of the 'Gute Aussichten - New German Photography' competition have presented their winning photos at over one hundred solo shows.

The competition fills a gap in the art world, which had previously left it up to chance or good luck to decide whether talented new photographers gained attention.

The competition takes place every year, and the magazine Der Spiegel describes it as "Germany's most prestigious competition for new photography." This book showcases the top entries to the competition. The travelling exhibition starts on the 19th of November 2016 at the NRW-Forum in Dusseldorf, Germany.

It will appear at different venues worldwide throughout 2017.