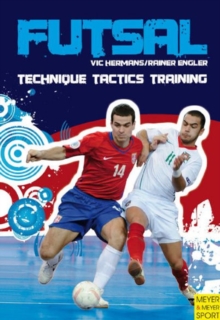 This is a superbly illustrated introduction the exciting, fast-paced game of Futsal.

Played on a small pitch, usually indoors, with five players and a special low-bounce ball, Futsal puts an emphasis on the speed, improvisation, creativity, technique, and accuracy of the player.

Hugely popular in many countries and now quickly catching on in the UK, Futsal helped many of the world's top players - including Ronaldo, Robinho, Kaka and Fabregas - develop their game as youngsters. "Futsal: Technique Tactics Training" presents readers with a superbly illustrated introduction to this exciting game - from its fascinating history and greatest moments, to training techniques and match tactics.

Also included are detailed examples of how to structure training programs, exercises drills, as well as official FIFA rules.