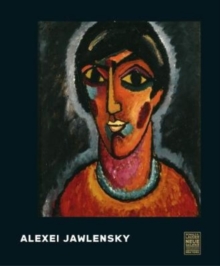 Alexei Jawlensky (1864-1941) was Russian, but lived in Germany much of his life and obtained German citizenship in 1934.

He was a friend of Vasily Kandinsky, who he met in Munich when studying painting with Anton Azbe , and had close ties to the German Expressionist artists.

This book illustrates how the artist was influenced, apart from the German Expressionists, by the art of Vincent van Gogh, Paul Gauguin, Paul Ce zanne, Henri Matisse and the Fauves, and by Ferdinand Hodler.

The book presents the chronological and thematic development of Jawlensky's art from early figure painting to landscapes and from still lives to the late iconic portraits and fascinating meditations.