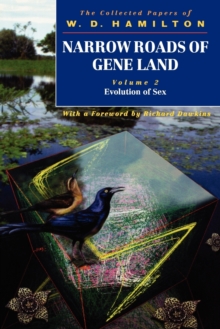 Part of the Narrow Roads of Gene Land series

The second volume of the collected papers of W D Hamilton, each one introduced by an autobiographical essay.

Hamilton is the most important theoretical biologist of the 20th century and his papers, not especially numerous, have had, and continue to exert, an enormous influence.

Many were originally published in obscure and inaccessible places. Volume 1 (OUP, still in print) was devoted mainly to selection for social behaviour, the first half of Hamilton'slife's work; Volume 2 is on the other half, on sex and sexual selection, and it includes the 18 papers published between 1980 and 1991. Each paper is accompanied by a specially written introduction describing why the work was done, how the paper came to be written, and its eventual fate. The introductions,written in an accessible, non-technical style, include history, opinion, and excerpts from Hamilton's life.

Also in the Narrow Roads of Gene Land series 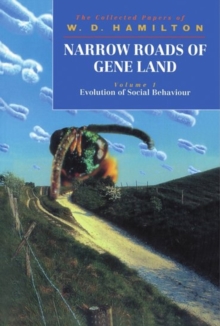