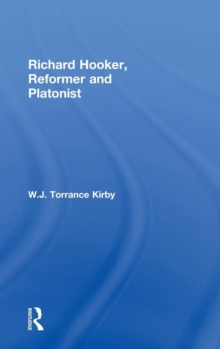 This book explores key aspects of Richard Hooker's philosophical and theological discourse in the context of currents of thought prevalent in the 'Magisterial Reformation' of the sixteenth century.

Hooker's treatment of natural law, his dependence upon the philosophical discourse and traditional cosmology of Christian Neoplatonism, and his appeal to the authority of patristic sources, are all closely examined. Challenging the received 'exceptionalist' model of much of the twentieth-century interpretation of Hooker, in particular the concept of his supposed defence of the English Reformation as striking a 'via media' between Rome and mainstream Protestant reform, W.J.

Torrance Kirby argues that Hooker adheres to principles of 'magisterial' reform while building upon the assumptions of a distinctively Protestant version of Platonism. 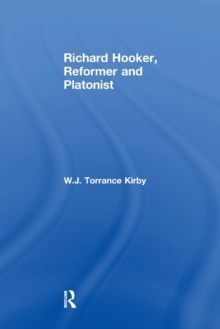