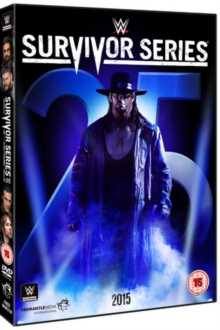 Coverage of the wrestling event which took place at the Philips Arena in Atlanta, Georgia in November 2015 and celebrated The Undertaker's 25-year tenure in WWE.

The featured matches include Kane and The Undertaker versus Bray Wyatt and Luke Harper, Roman Reigns versus Dean Ambrose, and the showdown for the WWE Divas Championship between Charlotte and Paige.