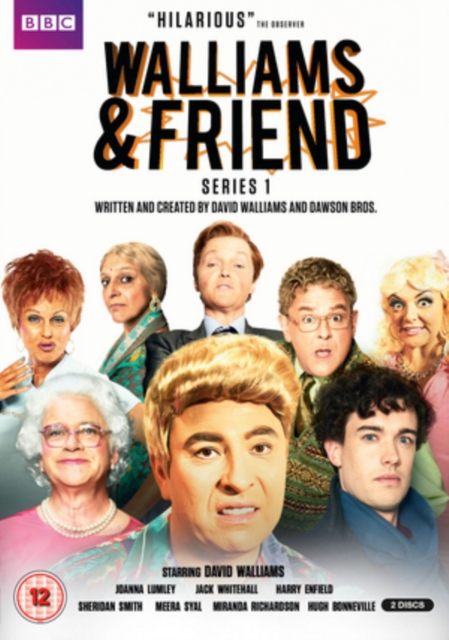 Every episode from the first series of the BBC comedy starring David Walliams and some of his famous friends in a series of sketches.

Each episode sees a new celebrity join David, with stars including Jack Whitehall, Harry Enfield, Sheridan Smith, Meera Syal, Miranda Richardson and Morgana Robinson, to take part in a number of sketches which include a parody of the 'Great British Bake Off', a new, twisted reality TV show, the Queen exploring her family history and a 1970s comedy film.

The collection also includes the 2015 Christmas special with Joanna Lumley as well as the 2016 special with Hugh Bonneville.