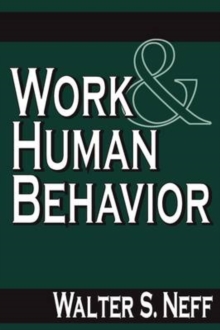 Work is a many-sided human enterprise that has been written about from a great many different points of view, representing almost every field of knowledge and almost every level of our social structure.

Merely to identify these points of view is an impressive task.

The subject of work has been written about by theologians and philosophers, by poets and novelists, by historians, economists, and sociologists, by biologists and naturalists, by politicians, by essayists and journalists.

It has been described as both a blessing and a curse, as the chief means through which man has developed a high culture, and as a ravager of our natural environment.

Following the preface, and an introductory chapter on the scope of the problem of work the title is divided up into four main sections, which include: The Nature of Work, Clinical Issues, Work and Mental Health, and Some Contemporary Problems Since the first two editions, new issues have arisen that are currently leading to a certain amount of public uproar.

The first issue concerns the sources of worker productivity prompted by the current decline of preeminence of United States industry both in the world market and in certain aspects of our internal market.

While much of the current published material on these two issues is characterized more by heat than by enlightenment, the third edition includes new chapters in these widely debated areas. 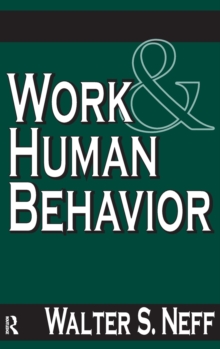