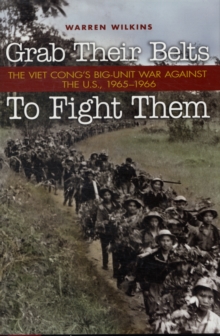 Army Center of Military History, "the Communists fought the Americans toe to toe, making little effort to act like guerillas." Indeed, despite pronounced disadvantages in firepower and mobility, the Communist Vietnamese endeavoured to crush South Vietnam and expel the American military with a strategy predicated on "big unit" war. Orchestrated by a militant clique in Hanoi, the "big unit" war was designed to yield a quick and decisive victory over South Vietnam. Exploiting an extensive array of Communist Vietnamese sources, Grab Their Belts to Fight Them chronicles in rich detail the formation, development, and participation of the Viet Cong in the opening stanza of the Communist big unit war against the Americans, and how the ultimate failure of that war profoundly influenced the decision to launch the Tet Offensive. Warren Wilkins mined the expansive Communist historiography on the conflict to craft an authentic and accurate account of the big unit war from a Communist perspective.

Communist memoirs, unit histories, and battlefield studies were extensively consulted to reconstruct the formation and deployment of major VC/NVA military units, battles and campaigns, and the strategic debates that informed the big unit war.

Additionally, Grab Their Belts to Fight Them recounts how the Communist big unit war reflected the desire to crush South Vietnam quickly and decisively, and how the failure of that war influenced the decision to launch the Tet Offensive.

About the AuthorWarren Wilkins grew up listening to his father and uncle discuss and debate the great armies and momentous battles of history. Today, he is a Fellow at the Center for Threat Awareness. 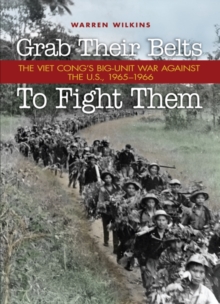 Grab Their Belts to Fight Them